The sculptor Sokari Douglas Camp CBE works primarily in welded steel. Her subjects are rooted in Nigeria, where she was born, and show her concern for the environment and human rights – global issues which affect the whole of humanity.

We were delighted to show a recent group of Sokari’s distinctive metal figures: dancing, fighting, walking, living, all commenting on our dependence on oil and our relationship with the natural world. They are distinctly African, set in a world of recycled oil barrels, tin cans, colourful toy cars and pom pom-like agapanthus. In spite of the apparent playfulness of some of Sokari’s pieces they carry a serious and hard-hitting message, tempered by her trust in human kind. 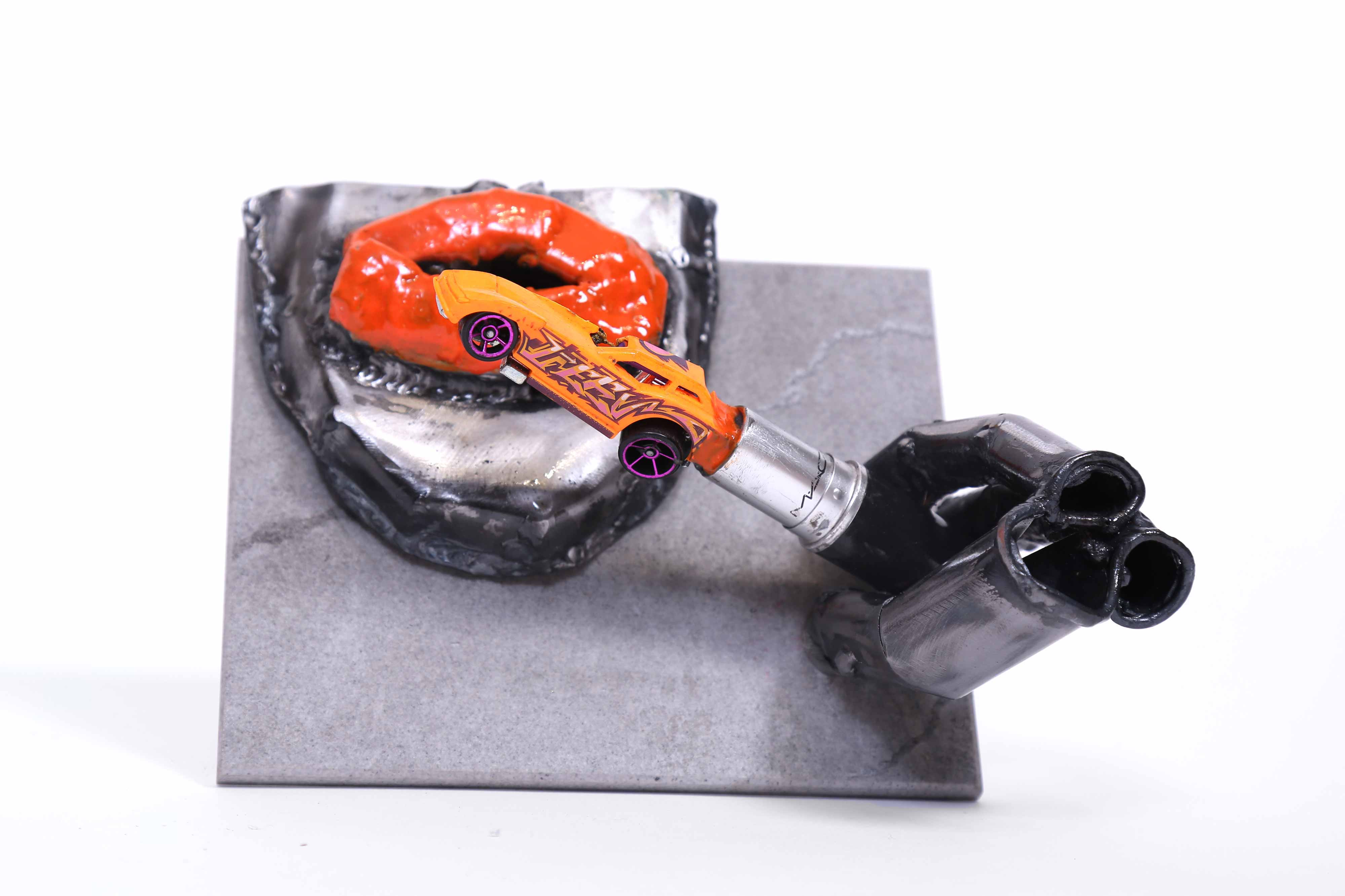 Sokari trained at the California College of Arts and Crafts, Oakland; Central School of Art, and the Royal College of Art, London graduating in 1986. In 2003 Sokari was shortlisted for the Trafalgar Square Fourth Plinth and in 2005 was awarded a CBE.

Two major public sculptures she is known for are Battle Bus: Living Memorial for Ken Saro-Wiwa and the Ogoni 8 which was sent to Nigeria as part of Action Saro-Wiwa – a memorial to the activist and writer, and eight others, who were executed in Nigeria in 1995. All the World is Now Richer – a memorial to the abolition of slavery – which was exhibited in the House of Commons, Bristol Cathedral, Norwich Cathedral, St. George’s Hall, Liverpool, St. Paul’s Cathedral, London and the Doge’s Prigioni, Venice. Consisting of six steel life-sized figures each representing a stage of the history of slavery. Horizontally on the floor from each vertical figure are verses inspired by William Prescott, a former slave, who said in 1937: They will remember that we were sold, but not that we were strong. They will remember that we were bought but not that we were brave’.

Sokari has represented Britain and Nigeria in national and international exhibitions and has had more than 40 solo shows worldwide. She has shown in venues such as the National Museum of African Art, Smithsonian Institute, Washington D.C. and the Museum of Mankind London. Her work is in permanent collections including The Smithsonian Museum, Washington D.C., Setagaya Museum, Tokyo and the British Museum, London.

call or email for price

We use cookies to give you the best online experience. Please let us know if you agree to all of these cookies. We do not share any information with third parties.